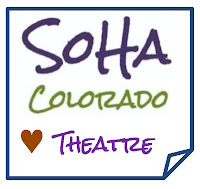 From the Lone Tree Arts Center: “One of the common themes [that our audience enjoys]:  American musicals with great scores were at the top of each list. As a result, LTAC will be presenting South Pacific in Concert (a dynamic way to focus on the music and artistry of the singers) and a full production of Big River, a sweeping and familiar musical based on Mark Twain’s Huck Finn. After last year’s Home for the Holidays success, LTAC team members were flooded with requests to bring this Lone Tree original show back. This year, in conjunction with Starkey Theatrix, LTAC will revive the show, with director Paul Dwyer joining the artistic team. While the framework for the show will remain the same and some of the most popular performers will once again be featured, Home for the Holidays 2013 will also include new acts and performers to keep the show fresh. Other theatrical productions will include the Colorado premiere of Handsome Little Devils’ Squirm Burpee: a Vaudevillian Melodrama, as well as a production of A.R. Gurney’s contemporary comedy Sylvia, to be directed by Randal Myler. Rounding out the Main Stage season will be internationally-touring performers, Colorado’s leading professional orchestra, the Colorado Symphony, our leading classical ballet company, Colorado Ballet, and other acclaimed national and local actors and directors gracing the LTAC stages.”
When: Season 2013-2014
Where: Lone Tree Arts Center, Lone Tree
Questions?  www.LoneTreeArtsCenter.org | 720-509-1000

Popular posts from this blog

Binge on art and nature at SoHa Happenings Facebook page

As seen in December at MOA newsletter:       "The last day to see Natura Obscura will be December 29th! If you have not experienced this installation, this is your final chance! Don't miss one of the Denver area's hottest immersive art experiences of 2019. We strongly recommend pre-purchasing tickets throughout the month of December to guarantee admission!      Natura Obscura is an immersive arts exhibition located at our indoor facility at the Englewood Civic Center. Produced by MOA , Prismajic and about 30 additional local artists, it is a self-guided exploration through a surrealist, dreamlike forest that combines art, sculpture, and the latest in augmented, sensor based, and digital technologies.      The installation is open through December 29th and a time slot reservation ticket is required to enter. Save $5 with pre-purchase online. Limited quantity of tickets are available at the door. Weekends sell out quickly, so don't del
Read more 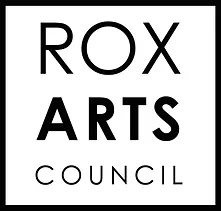 Connecting artists and audiences on the Front Range 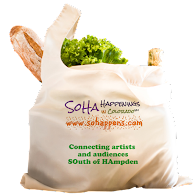 Get your daily helping of art and culture

Brought to you by